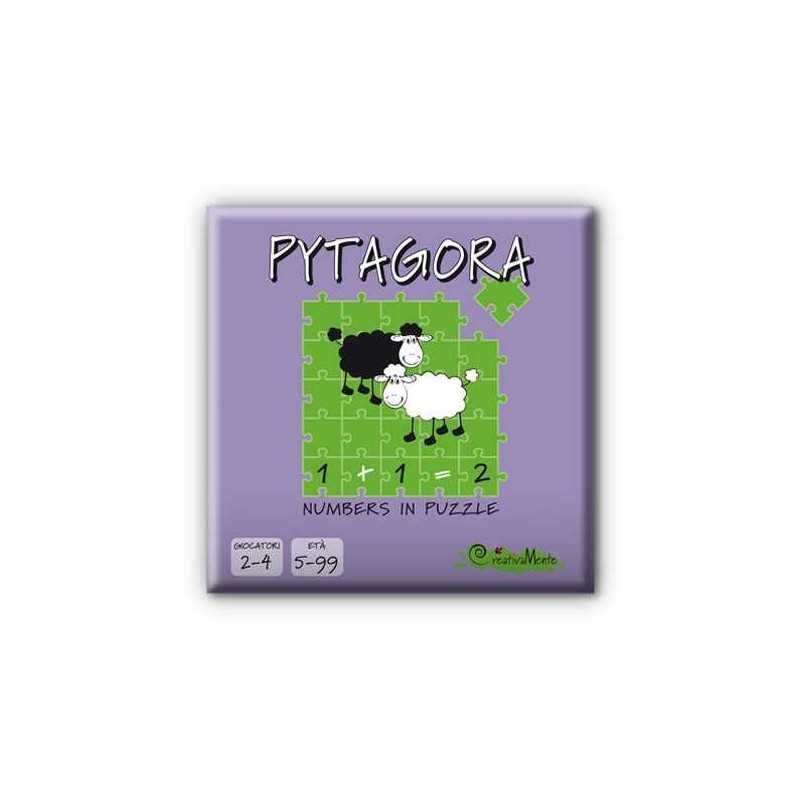 With Pytagora's puzzle pieces you can play six different games. In addition to the real game, described below, five other games have been created to allow even the youngest children, starting from the age of 5, to have fun and learn with Pytagora.

With Pytagora's puzzle pieces you can play six different games. In addition to the "real game", described below, five other games have been created to allow even younger children, starting from the age of 5, to have fun and learn with Pytagora. "br" />On the quarter of the instructions, which you can download from this page, in addition to the game "classic" are described:br/>"Up and down", with its two variants "Right and Left" and "Equal and Odd", to train the number sequence
"More or less", to play with additions and subtractions
"The tables!" to rediscover the tables in a whole new and fun way

And here is a summary of the rules of the "classic" Pytagora game:
all players start the game with their own ten-piece endowment;
also are taken and put in the center of the game table as many signs of equality as there are players
During distribution, the first piece with a number from 1 to 6 that is assigned to each player becomes its "nut number": it is isolated from the other pieces and left uncovered in front of the leveeo. The value of the "nut number" also constitutes, for each player, the corresponding initial score.
The player who has the lowest "nut number" starts the game, and then proceeds clockwisebr/>On their turn each player must compose their arithmetic equality, and then draw from the bag as many pieces as they have just put into play, so that they can return to having 10 pieces for the next round of play. The score is calculated:
1 point for each piece
multiplication is worth 2 points instead of 1, while the division is worth 3 points instead of 1
when used as a dozen a number is worth 2 points instead of 1, such as the number 2 in the equality 7 x 3 plus 21. Similarly, when used as a hundred is worth 3 points instead of 1, as a thousand 4 points, and so on." />1 extra point for each crossing with other equalitys"br/>you can compose new matches or edit those that you have already created; equality can be crossed, as long as the different rows and columns do not come into contact with each otherr />rules accurately define what the equals areaccepted and which are not allowed. Here are some examples:
is allowed one and only one sign of equality: 2 plus 2 plus 4 is valid,
but it's not 2 plus 2 plus 4 plus 3 plus 1""br/>it is permissible to use zeros as invariants for addition and subtraction: both 2 th 0 and 2 and 2 - 0 ) are valid.br/>it is permissible to use the one as an invariant for multiplication and division: both 3 x 1 th 3 and 3 : 1 plus 3" are valid.br/>zeros are not allowed at the beginning of a number: 2 plus 2 plus 04 is not valid< a0>br/>it is not allowed to divide the zero by any number: 0 : 123 plus 0 is not valid
the winner of the game who first reaches or exceeds the score set as a goal, regardless of who started first. It is suggested that the 35-point threshold should be defined as a goal score 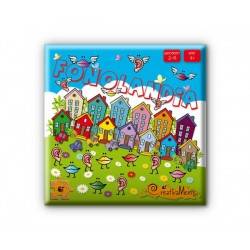 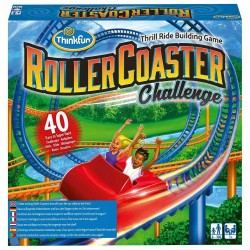 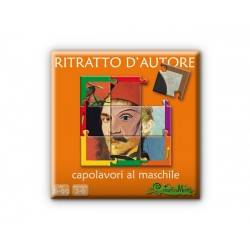 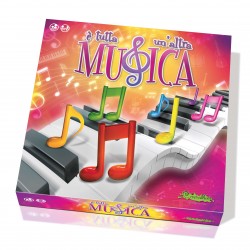 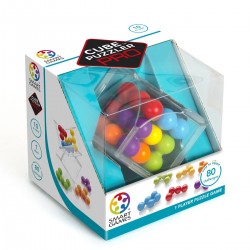 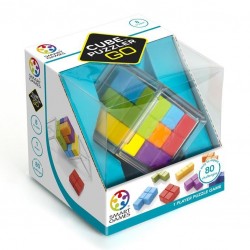 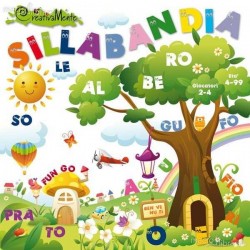 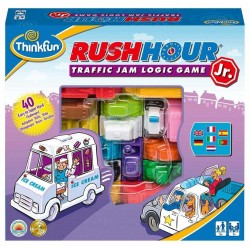 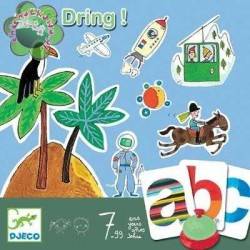 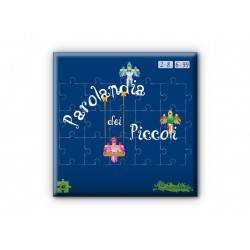 Word of the Small...

Word of the Small Board game of educational...
Price €19.90
Quick view Details 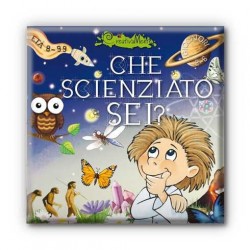 WHAT SCIENTIST ARE YOU? 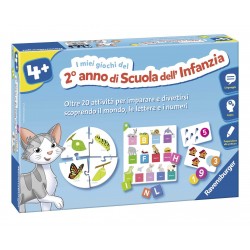 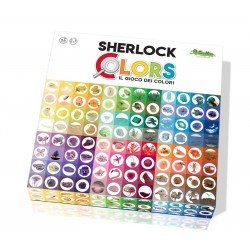