First Shot is the first ideal purchase for those who approach warhammer's 40,000 hobby for the first time: an exciting mix of collecting, painting and gaming with finely detailed Citadel miniatures. The box contains everything you need to start your hobby journey: 2 sets of miniatures to fight with, a two-sided play mat, a stage element, a rule book and all the extras you need to play:

- 3 Intercessors with Mk X enhanced armor. Each is armed with a long-range requiem rifle and grenades. 1 model is the Sergeant who drives the unit: it has a gun in the holster and is easily identifiable by the head discovered without a helmet;
- 3 Primaris Reivers, also armored with Mk X powered. These Space Marines wield heavy requiem pistols and combat blades. They are distinguished by sinister skull-shaped elms, while the Sergeant has a half-mask with a skull pattern.

- 3 Plague Marines, each suphoring and overflowing with armor due to the evil corruption of the God of plague Nurgle. 1 imp1 is armed with a grenade launcher, and 1 (the Champion who leads the unit) has a plasma rifle, an upgraded mall and a plague blade;r /> - 6 Poxwalkers, the cursed victims of plagues turned into living weapons. Each is armed with an improvised melee weapon, including hammers, chains, wooden planks and metal pipes from which nails sprout.br/>
Game content

Everything you need to learn how to play with your new miniatures is included in the box:/p>

- a 24-page booklet containing the basic rules for playing Warhammer 40,000, with each stage of the game explained in a simple and easy-to-follow way from the initial preparation until the victory of one of the two factions;
- a 56-page book that will guide you through the current background, history and situation of the Warhammer Galaxy 40,000, with an introduction to the Space Marines Primaris, Death Guard and 9 other armies. It includes a step-by-step guide to painting your thumbnails, with tips on which brushes and colors you'll need, and a showcase of beautifully painted miniatures to inspire you on your hobby journey. It also includes an explanation of the different methods of playing Warhammer 40,000, along with some training missions that gradually introduce newbies to the basic concepts of the rules;br/> - a 22' x 22' double-sided play mat. One side has been designedto tell you via icons where to deploy thumbnails to play training missions, while the other has no indicators, so you can play your own games. Each side is printed completely in color and the evocative design represents a ruined imperial city;r /> - a scenic element! The inside of the box is designed to look like a stack of armored containers, so you can place it on the mat as a scenic element on which to make your thumbnails fight;
- datasheets for box thumbnails in the form of convenient cards printed above the motion information and weapons of the models. Less browse books and more play!br/> - 6 6-sided dice and a 6" transparent distance meter, each crucial for your matches;
- a sheet of transferables for your Ultramarines, with team iconography and the army;
- 9 round 32mm plastic sideburns and 6 40mm to keep your miniatures up. 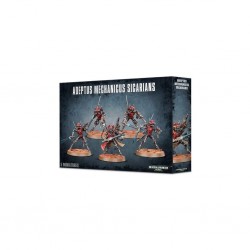 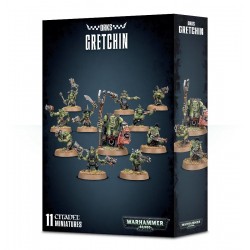 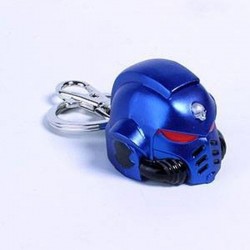 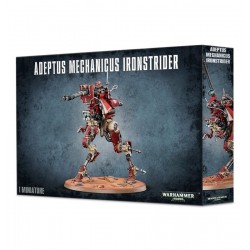 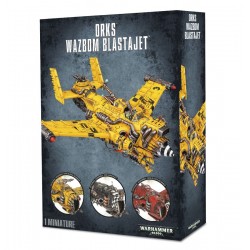 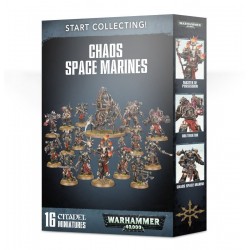 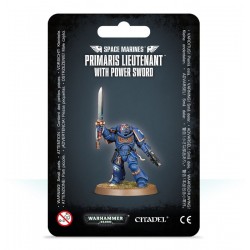