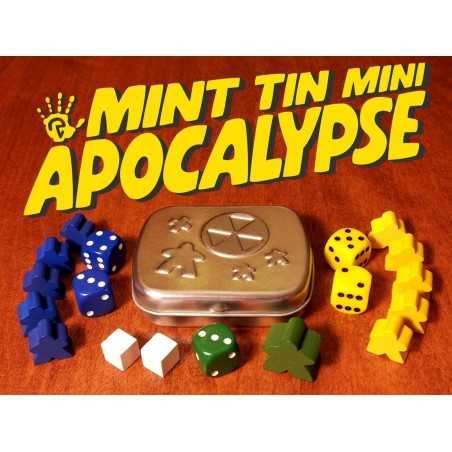 A little worker placement, a lot of resource management, and some area control all in a competitive real-time game.

It’s a nice day in Meepleton. You and your friends are enjoying the day without a care in the world when suddenly . . .

RAWR! Nearby a giant, nefarious monster wreaks havoc! Be forewarned: this is no B-movie monster. It has its own intelligence, specifically level 2 AI (artificial intelligence) as defined by Tom Jolly.

Hurry! Get your team to the school's forgotten fallout shelter.

Once two or more of your team members make it inside the shelter, send out a reconnaissance pair to grab supplies. One box is plenty and it doesn't matter who grabs it. But the monster spots you once you do - you gotta be fast!

Do what you must to survive - If you're standing outside, knock down an opponent and make them scramble to their feet again. If you're in the shelter, shove them out and make room for your team.

Once the fallout shelter is closed, it sucks to be outside!

But wait! It might not be over if you spot a manhole cover. Grab it and knock the monster down or use it to pry open the fallout shelter. If you grab the cover before you secure the box of supplies, the nefarious monster notices you. Don't waste time and be careful!

This is a simultaneous, competitive, and frantic 2 player game all packed into a tiny tin. So ridiculously small that it makes other microgames look monstrously huge!

Luck is no longer chance - it’s your predominant resource. Maximize it with your best split-second decisions. Relentless decisions until the very end.

A single wrong action can determine your survival. A few wrong decisions by both of you can mean the end of humanity.

Here are the basic game components:

As the fallout shelter (FoS), the game tin is a component itself. Made of steel, it fits the rugged doomsday apocalyptic theme. In keeping with the maker to player philosophy, I emboss the tins myself; I designed a pair of embossing plates and had them 3D printed in stainless steel then use an arbor press (29 second video).

You might think you’re in charge, but no matter how much strategy you have, luck always plays a part in your survival. Chaos and unpredictability oppose you at every turn. This is, after all, the apocalypse!

When you use dice head-to-head like this, it's no longer just luck - there are 1,876 books on Craps - a 2 dice game! Dice are often a random event mechanic in games, here they're your resources.

At the last minute, a manhole cover was added as an expansion - the Manhole Expansion!

Ready for more high-pressure strategy? With the Manhole Expansion, the monster's after you the moment you claim the manhole cover.

Why would anyone do that? To pressure their opponent!

The little solid brass manhole cover is a minted coin – not cast - so rest easy, it will survive many apocalypses.

Game and instructions are only in English. 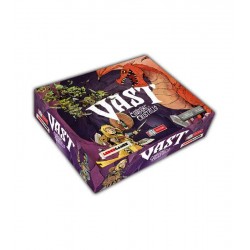 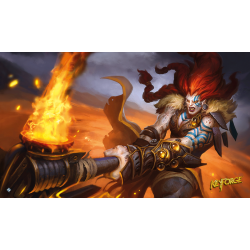 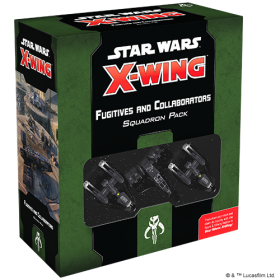 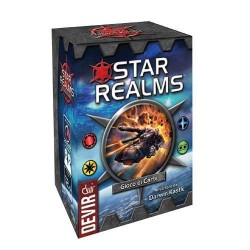 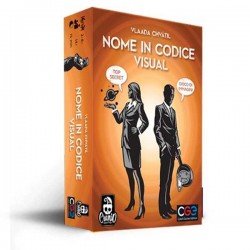 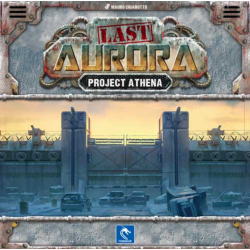 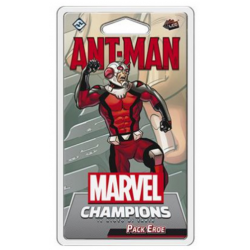 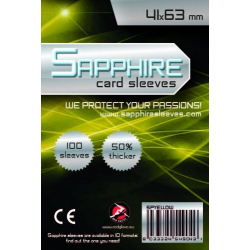 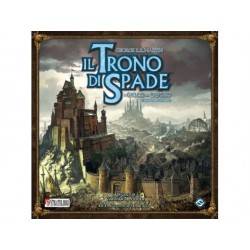 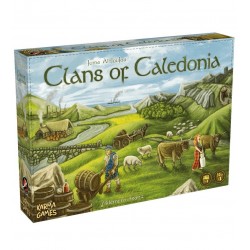 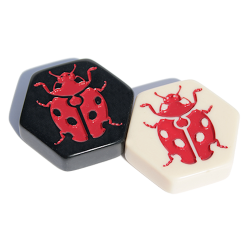 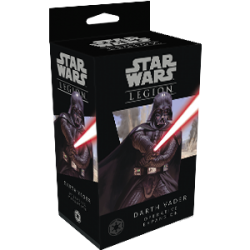 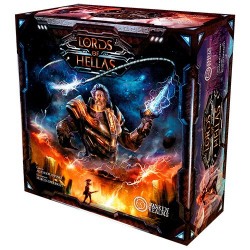 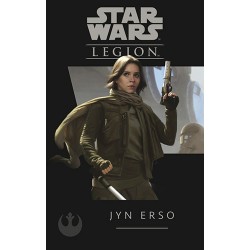 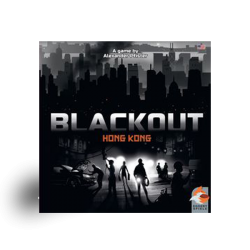 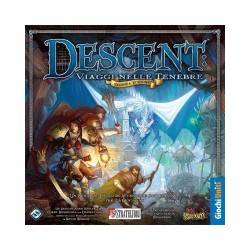