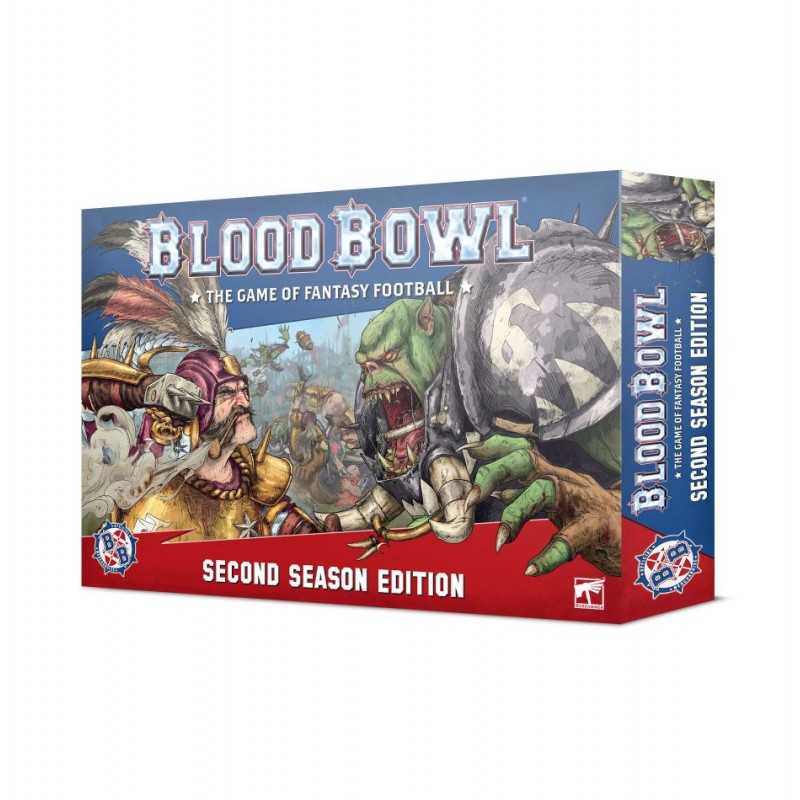 The plays are bigger, the hits are harder, and every game will be filled with moments to remember.

The plays are bigger, the hits are harder, and every game will be filled with moments to remember.

As the coach of an Imperial Nobility or Black Orcs team, it’s up to you to guide your players through each play, each game, and each season to ultimate victory.

No two matchups are the same.

From the moment your team stomps out on the gridiron, your grit, wits, and capacity for grievous violence is put to the test.

The action’s fast and furious, but if you keep your head in the game you just might best your opponent and score the most points – or make sure they can’t get back up to stop you.

Fame, wealth, and glory await if you win…

This box is stuffed with absolutely everything you need to play smashing games, with two generously-appointed teams and all the extra gubbins.

Inside the box you'll find:

– A beautiful 136-page hardback Blood Bowl rulebook explaining the rules of the game, how to run a league and develop your team, plus updated team, player, and Star Player profiles for every team released so far.

– 1 double-sided fold-out Official Pitch, divided into squares and marked with zones. One side is themed as an Imperial Nobility stadium, and the other for Black Orcs.

– 2 double-sided card dugouts, matching the theme of the pitch on each side.

– 2 full sets of Blood Bowl dice: one in red for the Humans, and the other in green for the Orcs 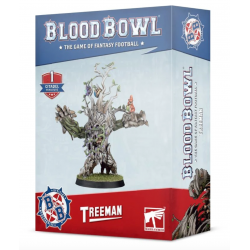 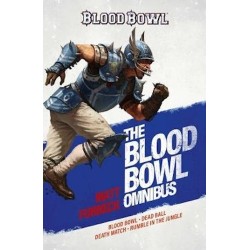 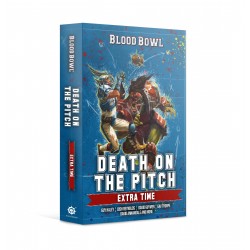 DEATH ON THE PITCH... 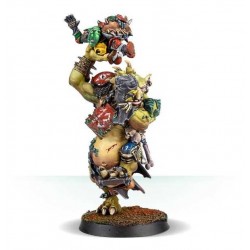 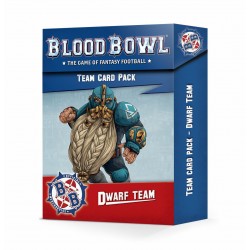 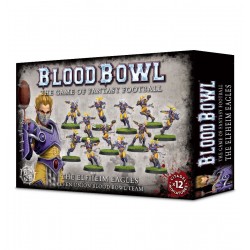 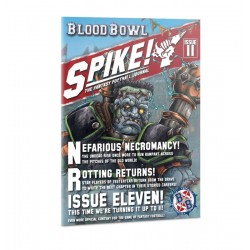