Solo in inglese.White Dwarf is Games Workshop's premium Warhammer magazine, packed with amazing content each month such as new rules and background, short stories, regular columns, special guests and more.Here’s what you can look forward to in March's issue:Contact!Letters, questions and painted models from you, our readers. Plus, White Dwarf goes adventuring.Worlds of WarhammerGuest scribbler Jordan Green joins us to talk about ‘His Dudes’ – also known as Da Morkagorka Madladz.Inside the StudioWhat we've been playing and painting this month in the studio. Plus, Sam Pearson talks about creating a Battleplan, some new Warscrolls and a Warscroll Battalion (of the Gloomspite's Squigapalooza) used in this month’s Battle Report.WARHAMMER 40,000Echoes from the WarpRobin’s column has also been taken over by a guest writer as Elliot Hamer joins us to discuss the bridges between play styles.Index Astartes: Space WolvesThe Sons of Russ are joined by the Primaris Marines, but will the new additions to the Chapter smell right? Includes a new Crucible of War mission called 'Stand Firm', which includes six new Stratagems – three each for Attacker and Defender.Paint SplatterTwo stage-by-stage painting guides for the Space Wolves, one using the classic style, the other using Contrast paints. These painting guides show you how to paint your miniatures to both a Battle Ready and a Parade Ready standard.Sons of the WolfA gallery of Space Wolves converted and painted by members of the studio.Galactic Waaagh! ZonesGrab yer choppas, ladz, it’s time for some konvertin’! This month’s war zone is an Ork Mekworld.Talons of the EmperorWe take a look at Jason Lee’s beautifully painted Adeptus Custodes army in this Army Showcase article.Journey’s EndThe Torchbearer fleets bring hope to a Chapter on the brink of annihilation in this short story by Dirk Wehner.Faith & Fire Part IIThe second instalment in James Swallow’s Adepta Sororitas novel. This time, the Battle Sisters seek repentance and begin the hunt for their quarry.WARHAMMER AGE OF SIGMARRules of EngagementJervis introduces us to the genre and concept of Fight and Write campaigns. Includes charts and graphs – huzzah! This is an extensive set of rules to allow you to create your own narrative play, for both campaign and organised play.Land of Dead HeroesA new campaign set in Hallost, the Land of Dead Heroes. Part one (of four) includes new background, a map and campaign rules including Realm of Battle and Region of War rules.A Tale of Four Warlords – the Stormvault WarlordsIt’s the last instalment in the Stormvault Warlords series. But don’t worry, there are some fantastic armies on show …Battle Report – Breach the Stormvault… which you’ll get to see even more of in our huge four-player climactic Battle Report – Breach the Stormvault –which includes the Battleplan 'The Shrouded Sanctum'.WARHAMMER 40,000: KILL TEAMA Mysterious Menace+++ Xenos threat detected. New target acquired. Approach with extreme caution and maximum prejudice. +++New Kill Team rules for using Zoats in your games.WARCRYLord of the PitsA brand new Warcry campaign for the Spire Tyrants. Violence is compulsory.WARHAMMER UNDERWORLDSGlory PointsRule-wrangler Dave Sanders joins us to chat about the many ways to play Warhammer Underworlds.WARHAMMER QUEST: BLACKSTONE FORTRESSAlien Intelligence+++ Secondary xenos threat detected. Acceptable ally. Do not terminate. +++A brand-new quest for Blackstone Fortress, which includes the rules for adding a Jokaero Tinkerer to your band of explorers as a retinue character – if you can save them from their fate in the first place, that is!ADEPTUS TITANICUSCampaign of VengeanceTwo new narrative scenarios for Adeptus Titanicus, along with some rules inspiration for writing scenarios of your own.BLACK LIBRARYA Return to Holy TerraAuthor Graham McNeill joins us to chat about his latest works, including Sons of the Selenar and Wrath of Magnus. 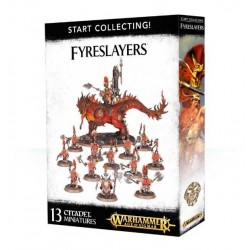 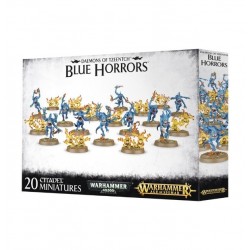 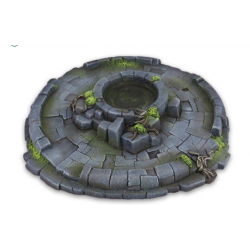