Solo in inglese.White Dwarf is Games Workshop's premium Warhammer magazine, packed with amazing content each month such as new rules and background, short stories, regular columns, special guests, and more.Issue 461 features:Contact!Letters, painting advice, and beautifully painted miniatures. Plus, Blanchitsu-inspired conversions.Worlds of WarhammerPhil Kelly returns with part three of his Ages of the Mortal Realms series. This time, it’s the Age of Sigmar!Outside the StudioWe talk about the models we've painted and the games we've played while working in our Administratum hab units. Includes an update on the Hobby Bingo sheet included in December's issue, featuring updates on the White Dwarf team's progress.Warhammer 40,000Warhammer 40,000 Flashpoint: CharadonThe Invasion of Alumax: The Alumax System is assailed by the Traitor Legions, leaving Forge World Metalica no choice but to intervene.They Are UsA truly horrifying short story featuring the survivors of a Death Guard attack, written by Callum Davis.The Alumax SystemNew rules for fighting in the Alumax System, including rules for four different Theatres of War and three Crusade Relics. Exciting stuff!Maelstrom of WarMaelstrom of War returns to the battlefields of the 41st Millennium with a brand-new set of rules exclusive to the pages of White Dwarf. Includes 30 different Tactical Objectives, a Maelstrom of War Mission Pack, four Deployment Maps, four Stratagems, and six Missions.Battle Report: Never SurrenderThe Necrons take on the Genestealer Cults and their Tyranid ‘allies’ using the new Maelstrom of War rules in this month’s exhilarating Battle Report.Echoes From the WarpRobin Cruddace joins us to talk about putting the rules in their place. Oh, those naughty rules!Warhammer Age of Sigmar

Warhammer Age of Sigmar Flashpoint: Broken RealmsThe Tome Celestial: The Charnel Kingdom – Arkhan the Black invades Ymetrica, but more bodies are required if the Ossiarch legions are to prevail.Rise of the DeadThree new battleplans pitting the Flesh-eater Courts against the Ossiarch Bonereapers, including new Realm of Battle rules for Region of War: The Vertiginous Peaks.Anvil of DeathNew rules for creating heroes of undeath for Flesh-eater Courts and Ossiarch Bonereapers.Paint Splatter: Crypt GhoulsTwo quick and easy stage-by-stage painting guides for Crypt Ghouls.A Tale of Four WarlordsFour new warlords take to the fields of battle in the Mortal Realms. This time it is Order versus Chaos, as the Lumineth Realm-lords, the Cities of Sigmar, the Slaves to Darkness, and the Hedonites of Slaanesh vie for supremacy over each other.Realms of Chaos: The Realm of SlaaneshPrepare yourself for a sensory overload as we delve into modelling and painting advice for the servants of Slaanesh.Warhammer Underworlds
Glory PointsMollog’s packed up his squigs and gone for a wander in Direchasm. Dave Sanders explains how to get the most out of this troublesome troggoth, including an example Deck List to best help Mollog on the battlefield.Path to VictoryDave continues his exploration of Direchasm with an in-depth tactical look at the core set’s two new warbands – Myari’s Purifiers and the Dread Pageant.Black Library
Dawn of a New EraGuy Haley, Nick Kyme, and Andy Clark join us to talk about the ongoing saga of the Dawn of Fire series and what the future holds for the Indomitus Crusade.Chronicles of the Wanderer: Old Whitebeard’s SpecialPart II in David Guymer’s series of tales about a mysterious duardin traveller. This time, ale is involved! 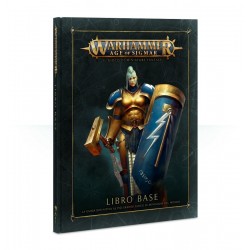 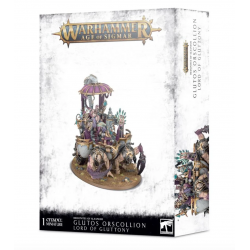 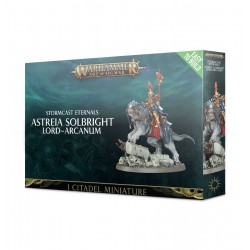